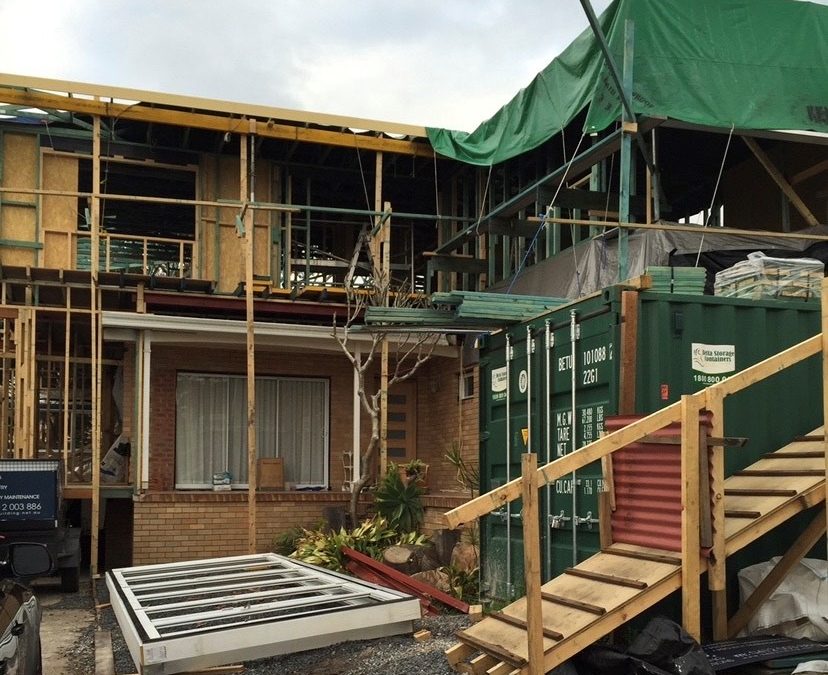 Doing the house cleaning and another idea pops into my head to share with ‘the group’ – this has become a common thing for me…in the shower, driving, in the middle of the night etc! Lots of you probably already know the story behind our group and how it came to life but for those who don’t, I thought I would share the story about how, and why, I do what I do.

Where it All Began

In 2015, Taryn and I were just 2 friends renovating our own houses…neither of us did a knockdown but they were probably actually harder than starting from scratch, they were both major jobs.

Taryn was very much the ‘modern-day’ reno woman and wondered where online she could go to find answers to all the questions we had, or advice we needed to seek for all the choices we had to make. I, on the other hand, was a bit more ‘old school’, the type of person who would just jump in my car and visit all the places on the beaches that I knew of for when it came to renovating. I had renovated a couple of times before and have lived on the beaches my whole life so they were really the only options I thought I had.

Houzz and Pinterest were good to an extent, but they weren’t local and they weren’t personal. The idea to start a Facebook group was one without too much thought or consideration and we started by adding our friends and sharing our group with the network around us…

Renovating Can Be Tough

I suppose I’ve always liked houses. My Dad was a painter and I used to help him with jobs when I was a teenager. I don’t mind getting my hands dirty and like to rip into things. I love to see the difference renovating makes and remember getting stuck into my Mum’s house without giving a huge amount of thought into what I was doing. She had an 80’s style Balinese bar to which I just grabbed a hammer and started pulling to pieces – a coat of paint later (my solution to many things!) and it came up amazing. I later moved on to paint the kitchen!

After many years in the corporate world (which I really enjoyed), I came to a crossroads and was ready for something different, although I wasn’t exactly sure what it was at the time.

I was recently talking to one of the women from a business in our directory about exactly this. ‘We’re not saving lives’ I said and I’ve often referred to renovating problems as potential ‘first world problems’. Many times, I’ve downplayed what I do, what the group has become and haven’t really taken well to the compliments, feedback and comments that I often get for just how useful and helpful the group is. It’s just a Facebook group’ I used to say but I’m really starting to open my eyes to just how big this platform is and how much it gives people, businesses included.

I love that our group helps both its members and many businesses at the same time. I realised from this conversation that whilst renovating problems may seem like a first-world problem, they can, in fact, be a lot more than that.

For me, it was truly one of the toughest things I’ve done in my life. The anxiety and financial issues caused by things going pear-shaped were extremely hard to deal with for a while there. I don’t think I’ll ever forget a Friday afternoon sitting in part of the house that had already been renovated. There was water streaming down the walls and coming through the light switches. I had about 10 buckets and every towel in the house lying around as not to ruin the solid timber floors. All of this whilst our ‘builder’ was off for a holiday in the snow and the tarps that he had got his workers to hire @ $900/week were not big enough to cover the house.

My personal renovation was an absolute nightmare not long into it.

We went down the Owner Builder path as we had done this before, we had contacts and didn’t ‘need’ to pay the builders margin on everything as we knew better. I’m not sounding cocky, we truly thought we could do better and the aim was to save money as we were in the know (1st mistake).

So, we used a ‘friend’ (2nd mistake) This ‘friend’ started off so keen and full of energy but the sheer size of the job was simply too much for his skill. Why on earth would someone take on a job that was way beyond what they could actually do? He’d seen the plans, knew what had to be done and knew we had 4 people living in the one bedroom so needed to get the job done as quickly as possible.

We ignored the advice of several others (including other tradies on the job) and kept pursuing as not to ruin the friendship blah blah blah (3rd mistake).  It finally got to a point where I think even he realised that he couldn’t continue on with the job and we parted ways. 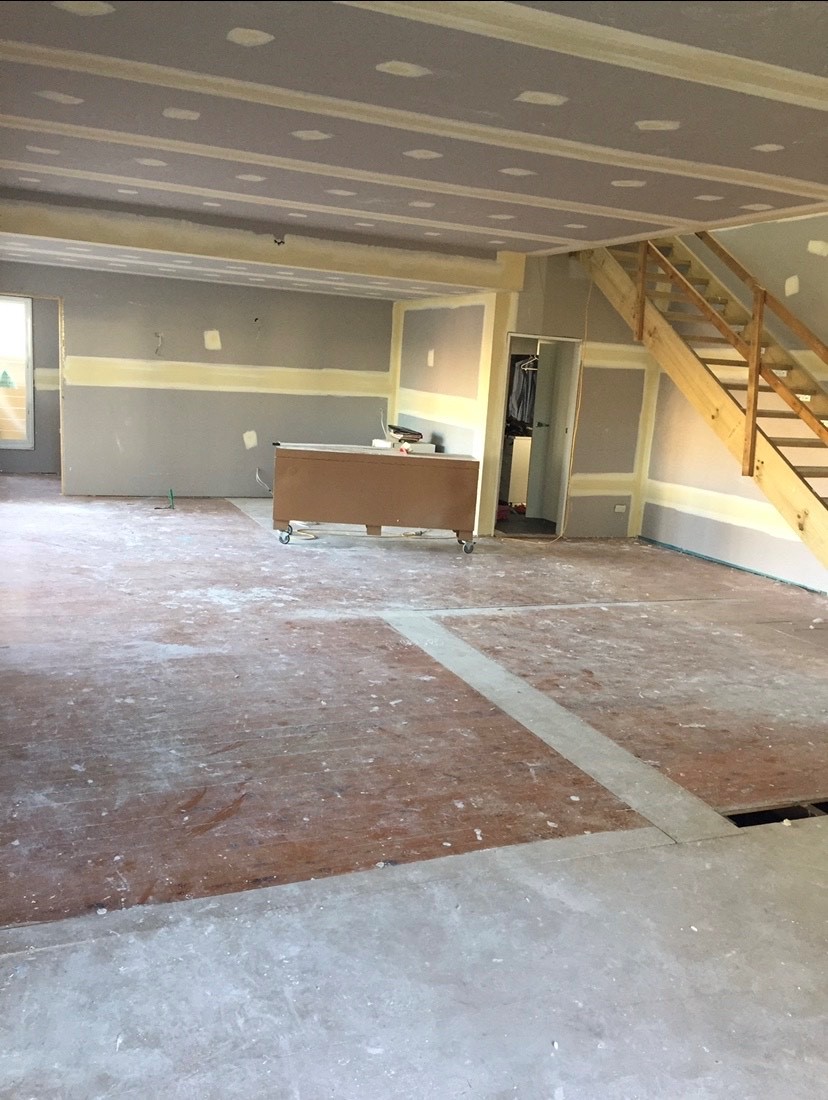 We had to have things redone as they weren’t up to standard, he had charged us for 110%+ of the project management but the job wasn’t even half done, things were built contrary to what the plans showed…I could go on all day, but I’ll try not to digress and it brings up too many bad memories. We swore it wouldn’t break us and just kept on going, you learn to live with all the unfinished jobs.

Then, in 2017 my family spent a year in Melbourne due to my husband’s job. It was so nice to have a break from the house (Melbourne is such an amazing place to live!) but, we needed to return to finish it.

Over these years, our group grew little by little – you know you’re really onto a good thing when people offer you money for what you have or copy what you do…both have happened to us.

Fast forward to 2020 and I now manage this group singlehandedly. It takes a huge amount of time to run it all and late last year, Taryn stepped back to spend more time on her home & family life.

As my house STILL isn’t finished, together with the fact that this is essentially now ‘work’ for me, I’m more than happy to continue as I love doing what I do. I love managing a platform that gives so much to women and businesses, all within our local community. I don’t want to downplay what it is that we created anymore, I want to continue to grow it and help so many local people, either for when they are renovating their homes, planning or dreaming of it or even just maintaining/repairing it. Our group is not just for ladies who are renovating, it’s for any local woman who wants to make their house a home. 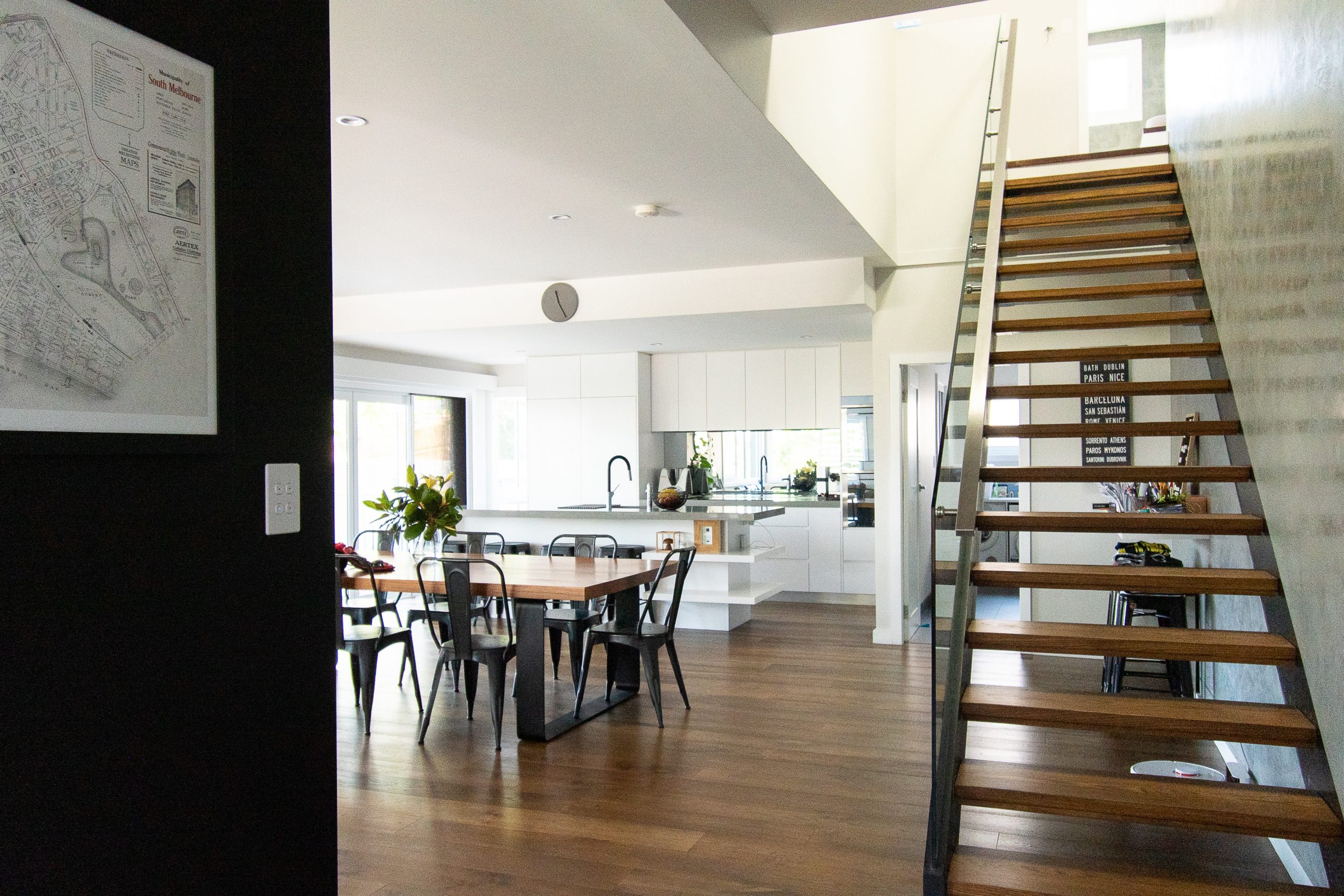 I thank all the ladies who contribute to our group, even if it is just by simply reading the posts but not commenting. I thank the ladies who are honest about the businesses they recommend and the many that are married to tradies but you would never know it as they don’t ruthlessly plug them in the group.

I also thank all the awesome businesses who make up our Trade Directory, they honestly are great at what they do and genuinely care about doing a good job for our members. Just as importantly, they support us which in turn means that our group keeps giving back. So, tell your friends about our group, let me know about businesses worthy of our Trade Directory and just keep doing what makes our group the amazing community that it is!

All of this considered, the fact that we created this amazing platform where I get to learn things, share info and help others is truly satisfying for me. Somewhere where I now know that I have, and can make a difference to local ladies’ lives. 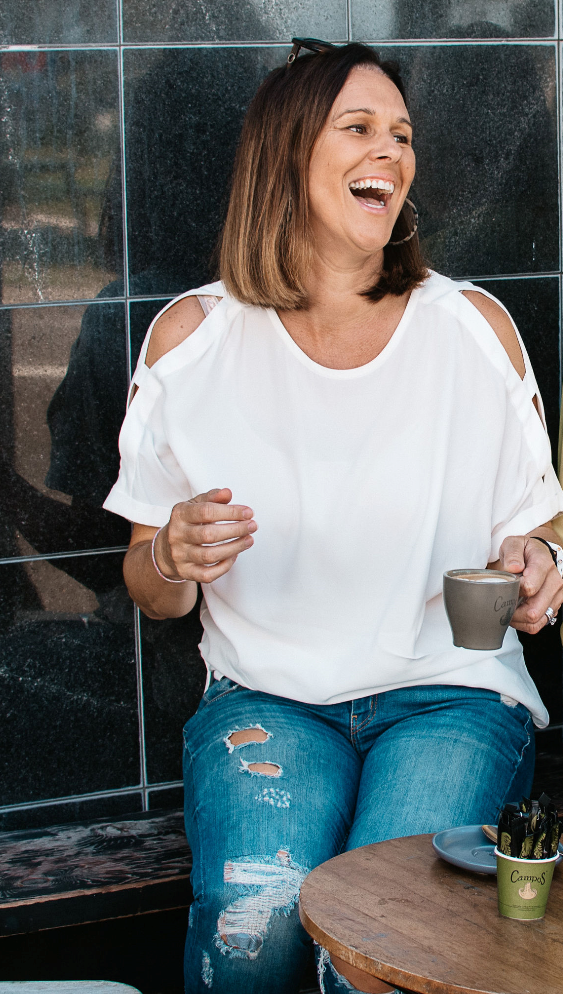